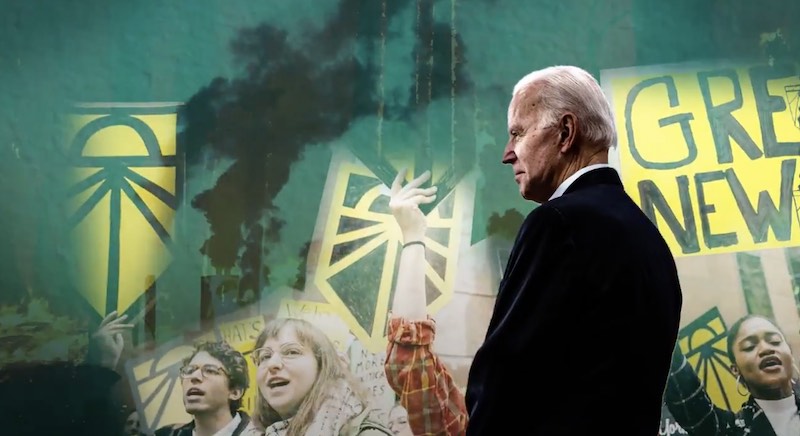 Sunrise was not only instrumental in electing President Biden, but ensured he ran on the most progressive climate platform in history. Now, in a victory for the movement, President Biden is beginning to follow through on his promises, symbolizing a turning point in this country’s climate politics and our nation’s history.

“Young people organized like hell to get Biden elected, delivering him a mandate for action on the climate crisis, Covid-19, systemic racism, and the economy,” said the Sunrise Movement’s Executive Director Varshini Prakash. “Today makes clear that President Biden hears our generation’s demands loud and clear, understands the power of our movement, and is serious about using executive power to deliver on his campaign promises.”

“These actions mark a historic step forward. But today must just be the beginning. We have no time to waste. The climate crisis, compounded by the pandemic, racial injustice and decades of Republican obstruction and destructive policies, demands that we make up for lost time to match the scale and urgency of this moment,” Prakash continued. “Democrats have a majority in the House, Senate, and a President ready to take action. Now is the moment to deliver transformative change for the American people, and our generation will not accept any excuses for delay or inaction on delivering historic legislation to build back better, creating millions of good jobs investing in clean energy, communities, and sustainable infrastructure. If the Republican minority stands in the way, President Biden and Senate Majority Leader Chuck Schumer must push to abolish the Senate filibuster to ensure the will of the people and deliver needed economic transformation.”

These victories come just one week after the Sunrise Movement announced its legislative and executive priorities for the Biden administration and Congress in their Green New Deal Year One initiative.