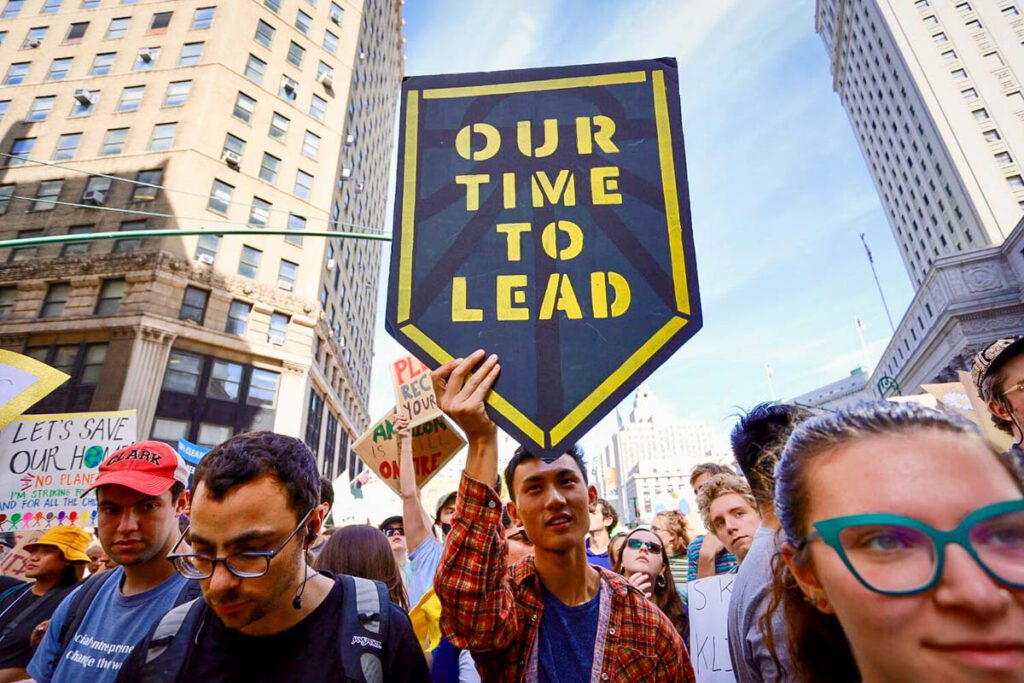 Nothing is won without a fight. With Democratic control of Congress and the White House, the possibilities of what we can achieve together are limited only by the optimism of our imagination and our will to build a movement so big and powerful our demands are impossible to ignore. For the past few years we’ve fought tooth and nail to make the climate crisis the top issue in American politics. We’ve done that by tying our survival as a species to a pivotal massive transformation of our entire economy to create millions of good-paying union jobs. Now, it’s our duty to follow through on that bold vision by making core tenets of the Green New Deal a reality.

Today, we celebrate and take a breath. Tomorrow, we start holding Biden’s feet to the fire in a nation-wide Day of Action to let him, Congress, and the whole country know: no compromise and excuses when it comes to addressing the crises we face. We have a historic opportunity to transform this country, and we’re damn well gonna put up a fight.

1. Deliver immediate and direct relief to people, not to corporate CEOs or fossil fuel polluters.

These are common sense measures that we needed nine months ago and have only become more urgent since then. Everyone, regardless of immigration status, should have what they need to survive.

2. Put an end to Republic minority rule and ensure a true multiracial democracy that works for all of us.

Every time GOP elites win power, they use it to erode democracy and dismantle the life-saving government programs of the first New Deal. Their goal is permanent minority rule by a few rich white businessmen. Democrats must move firmly to expand democracy and make government work for the people.

3. Create millions of good jobs, reverse systemic inequality, and put a halt to the climate crisis through a historic green recovery.

Democrats should show us that they are on the side of working people by guaranteeing every American a good job, expanding workers’ rights like we haven’t seen since the 1930s, and delivering investment equitably to every community, whether Black, white, brown, or Indigenous, whether urban or rural. This isn’t just good politics — it’s necessary to limit warming to the manageable level of 1.5° C, revive an economy ravaged by COVID-19, and undo the racial and economic inequality that is killing us.

We Are Kicking Off the Decade of the Green New Deal

Trump is out, and Biden is in! Democrats control the House and the Senate! The stage is set: In the next few months, we have our best chance to start making the Green New Deal a reality. Join us to celebrate and envision what the path forward could look like: What we need to see Biden and Congress do in these first 100 days, and the role our movement needs to play in making that happen.