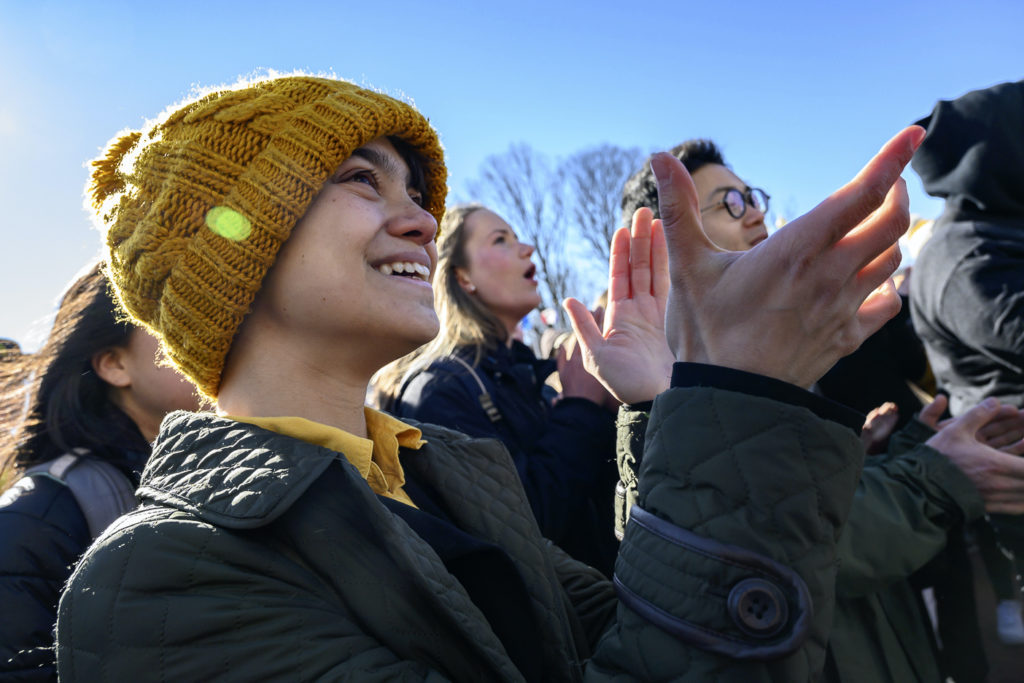 We’re facing the scenario we planned for: an inevitable Biden win after local election officials count and tally every vote. As of 5PM EST today, Joe Biden holds a clear and very likely path to victory. It will be close — but we will make it to 270.

But it also looks like we can expect some shady scheming from Trump and company attempting to hold onto power. It’s calm right now, but we see clouds darkening on the horizon. We are watching the weather vane, and at the first sign of a storm — the moment election officials show signs of giving in to Trump’s premature and illegitimate claim of a victory — we will spring into action.

We will look back on these next few days and remember this as a time our democracy was tested, our movement mobilized, and the honest will of the people prevailed.

My confidence is not performatively hopeful: I am just reading the story of our movement.

Think back to January. I, like pretty much everyone else, felt extremely optimistic about the future. Bernie was leading in the polls, we were planning big for Earth Day, and the fires in Australia demanded climate change as a front and center crisis on the global stage. It felt like our dream world was in reach.

But in a matter of a few weeks, all of our expectations about the future were flipped. Bernie lost on Super Tuesday and then dropped out. COVID hit hard, and we spent March trying to figure out how to best protect ourselves and our communities from the virus. Flooding the streets for the 50th Earth Day seemed unlikely. Then George Floyd was murdered, and Breonna Taylor, Ahmaud Arbery, and countless other names rang loud for the whole summer through city streets. Fall came, RBG died, and Trump escalated his racist campaign messaging. Nothing turned out as we expected. This year, to put it precisely, has really fucking sucked.

Despite it all, we kept on. Bernie’s campaign ended, but our movement did not. We took back our revolutionary dream to carry it forward ourselves. When COVID hit hard, we hit back. We developed a people’s dialer to check up on our neighbors and hubs helped deliver mutual aid to those vulnerable to the virus, or who lost their jobs in our economic collapse. We brought Earth Day online, organized in the digital world, and practiced safe actions and art builds. We joined millions in record protest numbers to demand that Black Lives Matter. We helped shine a spotlight on the racist system of policing in America, and joined allies in making racial justice the sound of summer. Now, more Americans than ever are on the side of Black Lives.

We injected the Green New Deal straight into Joe Biden’s campaign. We told him: climate is a winning issue. We pushed him hard until he adopted “Green New Deal Jr.” In the final days of the campaign, his last minute play was to run on bold climate action. We were right, and our idea drove millions of Americans to vote for climate this election — and a lot of those voters were young people we organized.

At our own final count, we contacted 3.5 million voters. We sent a million postcards to young voters in swing states. We trained on zoom, organized online, and we phonebanked, textbanked, and vote tripled millions of voters. The youth vote in swing states clinched the states for Biden — our movement swung the election for Biden. He was not our guy, but we rose to the occasion to defeat Trump. Biden owes us big time.

We will not let him forget it. We will come knocking on the White House door January 20th, 2021 and make our Green New Deal demands. But first we need to make sure he makes it into office.

I do not know what will unfold in the days and weeks to come. A lot is uncertain, but our youth coalition planned for the worst, hoped for the best, and mapped out all the scenarios in between.

Just read the story of our movement — no matter the storm ahead, we are ready. Our strength as a movement will be tested, but I have absolute faith in our ability to be disciplined in action and successfully execute our plans. I see it happening already across the country: Sunrise Hubs are in Michigan, Wisconsin, Pennsylvania, North Carolina, and Arizona, taking to the streets or showing up at ballot centers. Even in my deep blue state of California or in New York — we are all taking action to demand every vote is counted.

I can see Us from the future, from 2030, no longer just the climate kids but the leaders of the decade of the Green New Deal. We will look back on this moment, and we will be so proud that we never gave up this fight. We will be so grateful we never gave into despair. We stood on the right side of history, protected this outcome of this election, and used the Biden administration to bring our dream to life.

The Us of the future is counting on Us in the now. We won’t let them down.