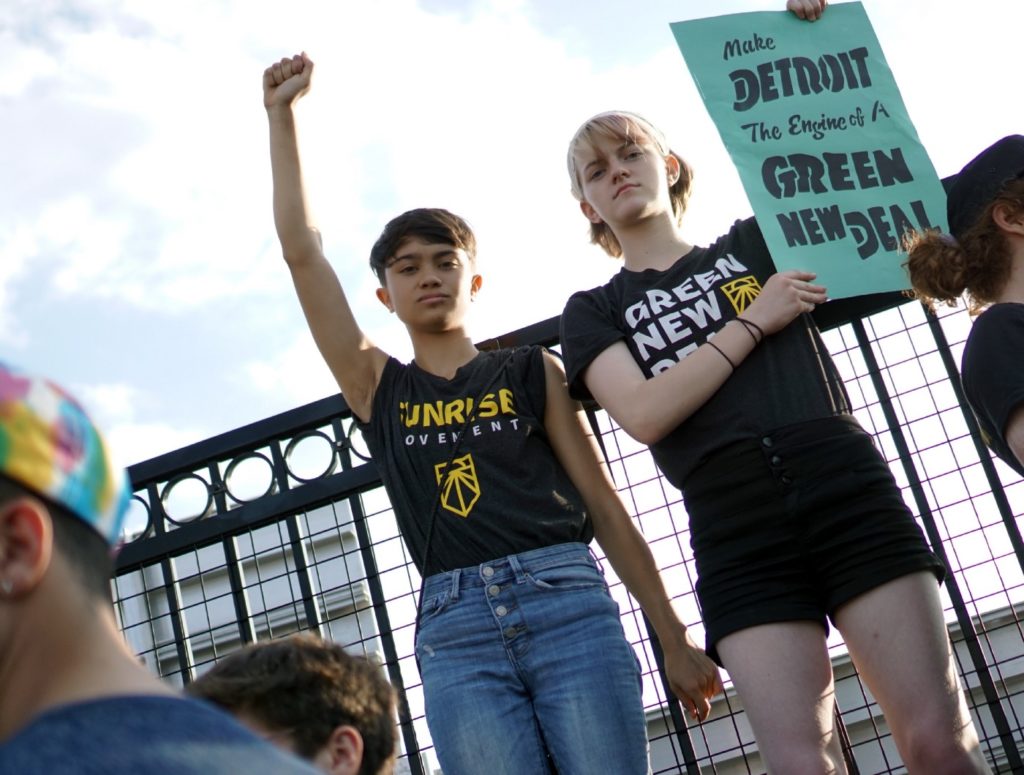 I’m from Michigan. Bernie is our best chance to win it back from Trump.

Growing up in the farming community of Rives Junction, I saw firsthand how poverty and lack of economic opportunities caused severe harm to my family and friends. The closest city, Jackson, has one of the highest rates for opioid overdoses in the country, and my brother personally lost multiple friends to them. These diseases of despair are direct byproducts of our communities being sacrificed by wealthy elites and their political allies for profit — the exact same people backing Joe Biden’s presidential campaign.

These ties will be a significant political liability for him here — whether it’s his donations from Big Pharma, his vote for NAFTA, his defense of credit card companies, or his championing of the crime bill that contributed to the mass incarceration of millions of Black and Brown Americans, the list goes on and on.

We need someone who can champion a new economic future for the country that revitalizes our communities — not someone who is mired in defending past mistakes. That’s why I’m supporting Bernie Sanders — and I believe his Green New Deal platform is what will inoculate himself against Trump in November.

The Green New Deal turns the biggest challenges we face — the climate crisis and economic and racial inequality — into opportunities to revitalize the places we love. The ten-year plan to transition our food, energy, and transportation systems to renewable energy would employ millions of Americans to make it happen, marking the biggest jobs creation program in a hundred years.

That’d be game-changing for Michiganders — including my family. My brother would be able to get a good-paying job instead of living paycheck to paycheck in the service industry. My dad could enjoy his retirement, instead of going back to work when unexpected bills come up that we cannot afford. As a young person, I could plan to have a family where I grew up, instead of moving somewhere with more opportunities.

From reinvesting in manufacturing to create the latest green technology hubs, to retrofitting homes and buildings to be more energy-efficient, to shifting resources to local, family-owned farms, we’ll put people back to work in our communities. These publicly-funded jobs will pay a living wage so no one has to work multiple jobs to survive. Employing millions of Americans is how we got out of the Great Depression with the New Deal and it’s how we’ll create an economy that works for everyone in the 21st century, too.

But it won’t be easy. A handful of rich people have gotten richer at the expense of the rest of us, cutting public services and lining their own pockets while dividing us along race and class lines to keep us from fighting back. As a result, our communities have been systemically underinvested in for decades, denying millions of Americans access to basic resources.

For instance, 1.6 million Americans don’t have access to clean water or can’t afford it. From the Flint water crisis to the annual Detroit water shut-offs, Michiganders know all too well what it’s like to live without drinking water. Under the Green New Deal, we’d be empowered to fix the problem ourselves and pay thousands of workers living wages to fix our broken water infrastructure. With 20% of the world’s surface freshwater in the Great Lakes, there’s no reason we cannot ensure that every Michigander has clean drinking water.

Under the Green New Deal, we’d make corporations pay their fair share in taxes and use those resources to upgrade our roads, bridges, and public transit systems. Imagine being able to take a train from Detroit to Grand Rapids, and even to Lake Michigan, in just an hour or two. Imagine not having to worry about pot-holes putting your car in the shop or having to hold your breath when you drive under a bridge desperately in need of repair. Imagine all of the good-paying jobs we could create to complete those projects. These improvements would cut down on travel time, reduce air pollution, reduce the cost of fixing your car, and allow us all to experience the Pure Michigan our slogan promises.

Our best chance of defeating Trump is to embrace someone running on a platform that we can believe in — and that platform is passing a Green New Deal that’ll employ Michiganders to power the transition off fossil fuels. That’s why Bernie’s got my vote on March 10th.