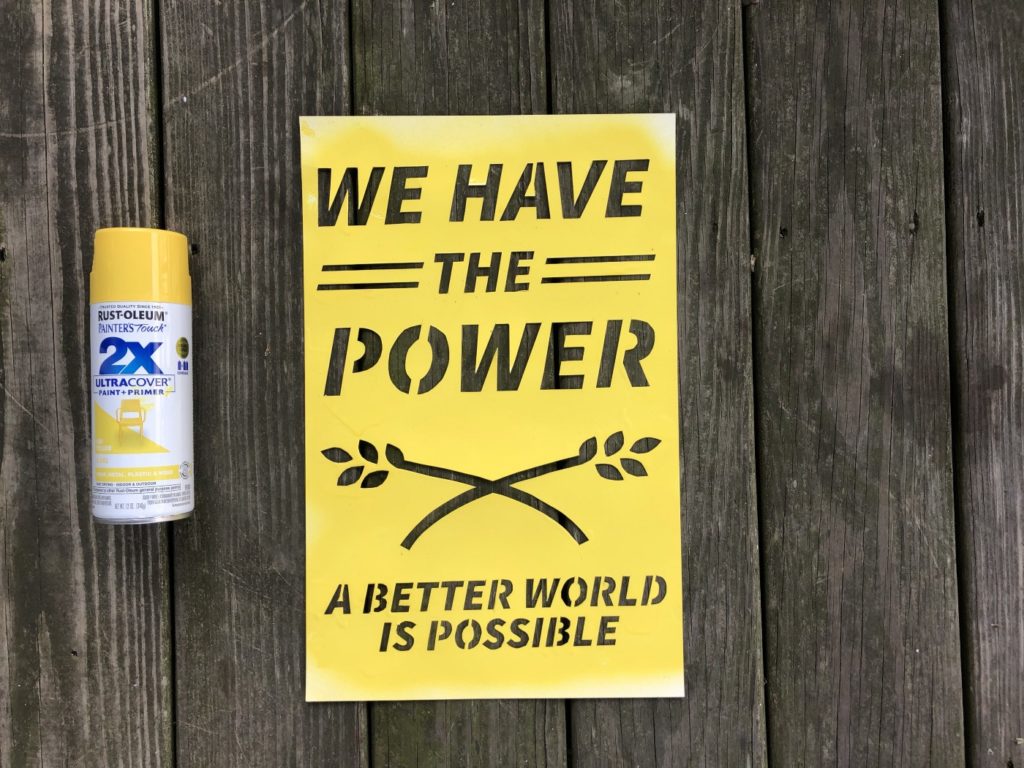 Fifty years ago, twenty million Americans poured into the streets for the first Earth Day with a radical statement: we only have one planet and we can’t render it uninhabitable. Fifty years ago was the time for incremental action on climate change. We have not taken the necessary actions since. Now, fifty years later, with time running out, the only option we have left is drastic action.

That is why Sunrise Movement, along with many other coalition partners, structured our year around mass mobilizations like the original Earth Day. Two months ago, most of our work was oriented toward that goal. But a lot changed in two months.

Mass gatherings of any kind — celebratory or radical — have been rendered dangerous and impossible because of the COVID-19 pandemic. As we have watched the responses to this coronavirus — some failed and some successful — we cannot help but see the direct similarities between the chaos caused by this pandemic and the climate crisis. The lessons we learn from this pandemic must be applied to our efforts to avert climate change.

There are no incremental actions that will stop a pandemic — and the same goes for climate change. The appropriate reaction will always seem like a disproportionate overreaction — until it works.

At the beginning of March, with only a handful of confirmed deaths and a few hundred confirmed cases, people were still saying “it’s no worse than the flu.” That was the time to shut down public gatherings — including delaying elections until they could be held entirely by mail.

Instead, many states ignored safety suggestions and moved forward with elections. Michigan, Florida, and Illinois — the three states that insisted on continuing elections — each now have a similar number of COVID cases to California, a state with a population close to those three states combined.

For these and other states, lockdown came too late to prevent mass death. The result: over 46,000 deaths across the United States (and counting).

And it could get worse. What happens when workers on the front lines of human interaction — like our underpaid and overworked nurses and grocery workers — start getting sick? If they stay on the job, they infect countless more people. And without them, society grinds to a halt. Can we fight a pandemic without nurses? Can we feed America without grocery store workers?

If we’d reacted from the beginning with the urgency we feel now as we watch the digging of mass graves, we might have saved thousands of lives.

The fight against climate change is much the same. The strikes on Earth Day 50 years ago brought attention to the destruction of our planet in a way we hadn’t seen before. But we did nothing and, since then, the situation has only gotten worse.

We’ve started to hit very dangerous tipping points. The glaciers are melting, depriving us of the ice which cooled wind patterns. Fires raged across California, the Amazon, and Australia in the last 12 months, destroying the very trees which we need to continue absorbing carbon dioxide and spewing out oxygen. Each hurricane season is worse than the last, thanks to warming seas which cannot absorb much more heat. Escalating floods and droughts trigger famines which kill people around the world.

Like the spread of coronavirus, we know that carbon and methane has a delayed impact. But instead of days to show symptoms, it takes decades for these gases to reveal the damage they’ve caused to our climate. Much as the number of confirmed coronavirus cases is only the tip of the iceberg, the climate chaos we are currently experiencing isn’t close to the full extent of the crisis.

We have to do for the climate what the government failed to do with COVID-19: react swiftly, and ambitiously. Politicians who are pushing a “measured,” “moderate” approach simply aren’t facing reality. The time for moderation has passed. We need a society-wide mobilization to avert climate change. We need a People’s Bailout to bounce back from the crisis we’re facing now, then a Green New Deal to ensure what comes next won’t bring us to our knees once again.

If we’d taken a different path, this 50-year anniversary of Earth Day could have been a celebration of humanity’s foresight — how we saw global warming coming and took the small, necessary steps to wean us off our addiction to oil and gas. Instead, the only thing that’s changed in 50 years is the stakes.

Today, across the nation, Sunrise hubs are taking action to bring attention to this problem once again. Although they’d planned to take part in mass, in-person demonstrations, coronavirus halted those plans. Instead of giving up, these resilient hubs pivoted to action appropriate for the moment. Over 50 hubs organized action today, including Sacramento, South Bend, NYC, Boston, New Orleans, and more.

It can’t and won’t stop there. The spirit of Earth Day has to live beyond today. That’s why we’ve spent the last month rolling out a massive training program: Sunrise School.

Our generation understands what it will take to stop climate change, which is why we backed the only candidate whose proposed climate plan met the scale of the crisis.

If the results of that primary have taught us anything, it’s that the “adults” in the room are still asleep at the wheel. It’s going to take a mass mobilization by our generation to convince those in charge to take the decisive action necessary to avert the worst effects of climate change. We need to train a whole generation of organizers to make it happen.

Click here to learn more about Sunrise School and how you can register for free training to be a leader in the movement to stop climate change.