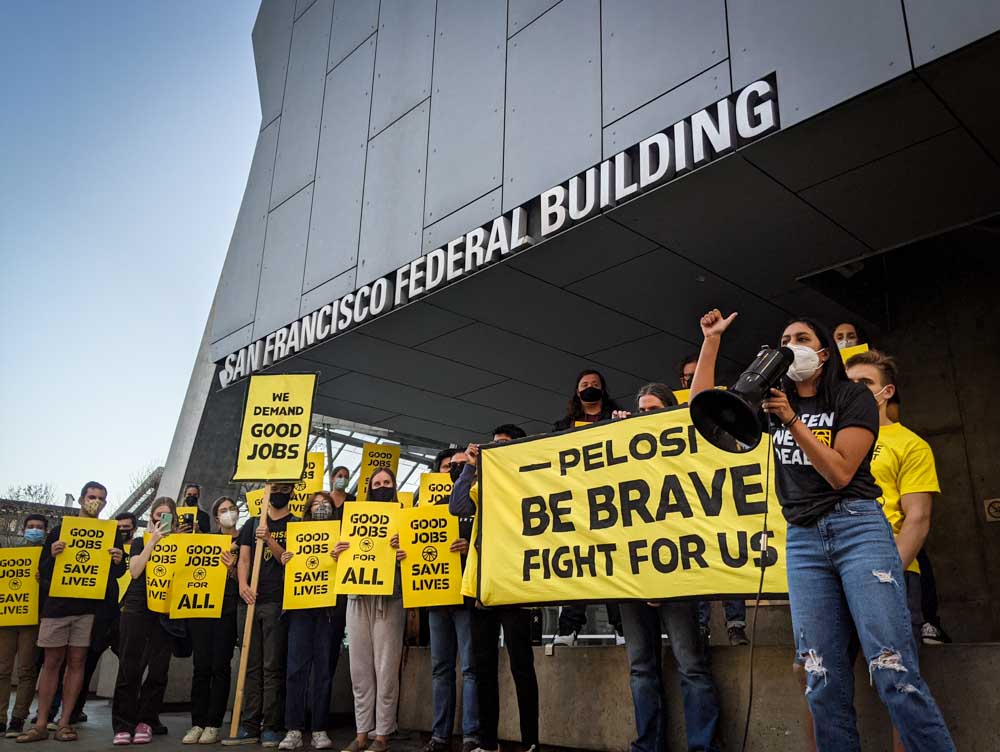 Biden, Harris, and Senate Democrats just made history passing the American Rescue Plan, spending $1.9 trillion to provide much needed relief amidst the COVID public health and economic crises. But this $1.9 trillion merely keeps the economy afloat and makes sure people can keep food on the table.

Not only are people still suffering acutely even after this stop-gap support, but our economy and infrastructure are reeling from decades of disinvestment and privatization. On top of all this, scientists tell us that we must transform every aspect of our infrastructure and economy over the next 10 years in order to avert the worst impacts of the climate crisis and preserve life on earth as we know it. Economists agree — the risk in this moment is not doing too much, but too little. A new economic analysis shows  that investments of this scale towards our economic, infrastructure, and environmental crises is the bare minimum of what’s needed to get on track. If we neglect investment now, costs and consequences will only be greater and more destructive. We have a historic opportunity to invest in the future of this country — the risk is that we don’t meet it.

Biden’s current infrastructure plan proposes nearly $3 trillion investment. While that’s not an insignificant number, it pales in comparison to the scale of the crises we face, and what science and justice demand. In particular, if we’re serious about tackling the climate crisis, which Joe Biden has said is the top priority of his Presidency, we must rapidly mobilize to transform every aspect of our economy, society, and infrastructure over the next decade. In the last year of World War II, America spent 40% of our GDP in one year on the war — equivalent to $8.5 trillion in 2021 alone. The task of transforming our economy and rescuing our planet from the brink of collapse are just as existential to our country now as the war effort was then. $10 trillion over the next decade, or $1 trillion per year, should be the minimum of what we invest towards that task.

If we’re serious about actually tackling our nation’s crises and “Building Back Better,” like Joe Biden promised, we need to solve problems in their entirety, not just put dents in them.

Here are some examples of bills that take an approach of actually transforming our economy at the scale necessary:

These proposals already add up to over $5.7 trillion investment and are only scratching the surface of what is needed to truly build the 21st century economy we need. For example, this does not factor in upgrading our private housing and building stocks, transitioning our power sector and electrical grid, upgrading roads and bridges, or investing in farmers, public lands and waters, and conservation. It is clear that if we are serious about transforming our economy, a much greater scale of investment is needed.