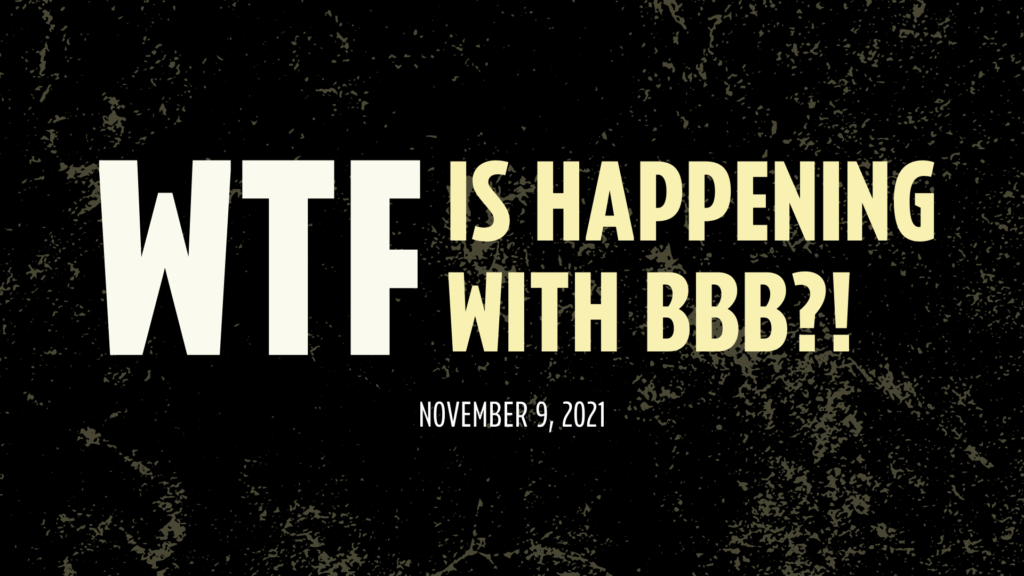 Full disclosure: I am just as confused as you. Let’s start with some context on Build Back Better (BBB) and untangle this legislative mess together. If you’re caught up on Twitter and know what’s up, skip ahead.

In January 2021, a Democratic trifecta rose from a hard-fought election. We got an outright majority in the House. We split the Senate with a run-off victory in Georgia, and gave VP Kamala the tie-breaking vote. Joe Biden assumed office with a mandate for good jobs and bold climate action, titled The Build Back Better Agenda.

Biden’s original $3.5T legislative vision was not enough to fully address the scale and severity of the crisis–it’s been a compromise from the beginning (and a compromise from the $6T Bernie and Schumer started with). But by agitating and organizing, we got Biden to commit to the Civilian Climate Corps, clean energy programs and tax credits, deep investment in frontline communities, greening and expanding public schools, housing and transit, and other good stuff that put us on track for 50% carbon emissions reduction by 2030. Alongside the wider progressive moment, we got him to include paid family leave, Medicaid and Medicare expansion, free two-year community college, and a pathway to citizenship in his legacy bill.

Again: The original $3.5T Build Back Better Agenda IS NOT enough. It’s a bare minimum bandaid on our deep social, ecological, and economic wounds. Not enough–but an alright start that’ll make a daily difference in people’s lives, and that lays a foundation for us to make bigger demands of the Biden administration over the next four years.

Let’s also take a line or two to remember all that we did as Sunrise to win and keep climate policy in the Build Back Agenda through the spring and summer rounds of congressional negotiations. Good Jobs 4 All was our very first legislative campaign! Over 50 hubs participated in GND with it and Groundbreaker programs. Leaders from California and the Gulf South led hundreds of miles of treks. The movement swarmed to DC on June 28th. We made thousands of calls for the GND, hubs all over held GND tech-ins, and executed on days of action.

But summer turned to fall, and just like the leaves, the Democratic Party turned on us too. Hold tight, this is where it gets wonky.

In the usual world of dysfunctional American politics, because of the filibuster, legislation needs 60 Senate votes to pass. Through this wacky process called reconciliation, the Build Back Better Agenda only needs 51 Senate votes. Well, we have 51 votes, because we have 50 Democrat Senators and VP Kamala onboard to pass the President’s agenda, right?

Nope — because of the Democrat dissenters: Senator Joe Manchin and Senator Krysten Sinema. And we can’t pass Build Back Better without them.

Okay so why? What do they want? Enter, the legislative love child of Senator Joe Manchin and Exxon: Bipartisan Infrastructure Bill (BIF). BIF repaves some roads and builds new airport terminals, but does other bad things that strengthen United States fossil fuel infrastructure and warm the planet. Fossil fuel execs will rake in the cash from this one, Joe Manchin included. He banks $4.5 million off his coal stocks.

Manchin and the rest of the fossil fuel millionaires lose their dirty empire in the transition to a clean energy economy. So that means Manchin doesn’t want BBB to pass in it’s full scope. And he has power to block Build Back Better from passing through the United States Senate with his one, single West Viriginian vote.

But the Progressive Caucus has power too, so the wider movement huddled and settled on this strategy to get BBB through Congress and signed into law: if we pass Build Back Better first, we will also pass BIF. But we will only pass BIF, if we pass BBB. If you try to pass BIF first, we will block it. Reconciliation First. #HoldTheLine

Over the past several weeks, it’s been a hard fight to keep climate policy and social programs in Build Back Better. The Progressive commitment to pass BIF with BBB wasn’t enough for Manchin–he and the Corporate Dems hacked Build Back Better from $3.5T to $1.75T. Climate was out, and then *Hunger Strike* and then it was back in. Compared to the other social goods in the bill–climate was cut the least. But  [what else was cut]

Okay if you skipped ahead, stop here.

The night of November 5th. Biden, Pelosi, and the rest of the Corporate Dems started to get anxious–and for good reason. It’s been months of back-and-forth, people are tired of government dysfunction, and there is growing public pressure to get this bill done. But instead of going after the one person who stands as the obstacle to the Democrats delivering on their promises of crucial social programs and climate policy–Joe Manchin–Biden and Pelosi flipped, put BIF up for a vote without Build Back Better, and brought the hammer down on the Progressive block to break the line. The Squad showed up for us and voted it down, but their six no votes were not enough to stop BIF.

So on Friday, the Bipartisan Infrastructure Bill passed the House. It’s going to the Senate now, where it is also expected to pass. Biden is eager to sign it into law on Monday.

Build Back Better is Biden’s Plan, and he won’t be able to call his time in office a success if he doesn’t get it done. Congressional Democrats have made a public agreement to pass Build Back Better next week before they go home for Thanksgiving. But being honest here: we’ve lost a lot of leverage on Manchin to get BBB through because he already has BIF. The public promises of Corporate Dems to pass BBB don’t mean much–all the time, generally–but especially not after they already flipped on their word to pass BBB first.

Where does this leave us? I’m upset. Biden and Democratic Party leadership need to get their party in line to pass Build Back Better before Thanksgiving. Progressives have made enough compromises. We’ve fought hard to defend Biden’s bare minimum agenda. Democrats need to step up, keep corporations out of negotiations, and do what is right for working people and our democracy at this moment. That means the whole damn Build Back Better agenda. No cuts and now.

BIF is not a climate bill. The stakes of this crisis are too high to delay Build Back Better any longer. Or even worse–if the Democrats let BBB die, our futures die right along with it. If Democrats don’t get this done, they will have nothing to show for their time in office but a slate of broken promises. They will have no one to blame but themselves if Republicans take the House and Senate in 2022, and the White House in 2024.

Get Build Back Better done. Now.