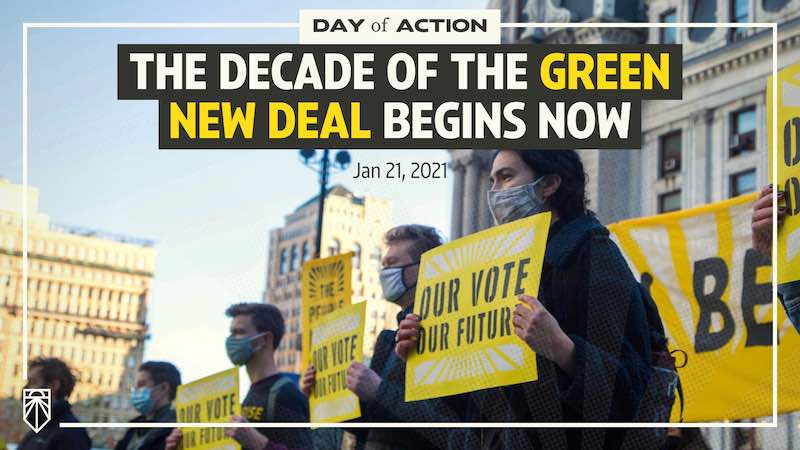 Our work in Georgia supporting partners to get out the vote resulted in historic wins. The results of the election made it more clear than ever that the other side is not willing to compromise, and the opportunity for change lies in making an investment in communities who have been ignored and actively suppressed, and fighting for what we need and deserve.

To bring that point home, mere moments after we began celebrating Georgia’s achievement in earnest, we were gutted by news from the US Capitol. Armed militia waving confederate flags strolled past police without resistance, chanting that this is “their country” and that they “want it back.” They strolled in to the Capital building and attempted a coup to change the legal results of the US presidential election.

This is what we’re up against. White supremacist fear mongers using violence to spread hatred and resist the inevitable change that will strip them of their privilege. Every win we achieve is tempered by the enormity of what systemic injustice we have left to dismantle.

There is no compromise with confederates. There is no middle ground. There is no negotiating with the GOP tyrants who inspired and enabled the pathetic excuse for a coup we saw this week. It’s time to support Cori Bush and Jamaal Bowman in their efforts to investigate and remove members of Congress involved in instigating the violence. It’s time to use the majority advantage this party finally has to make the change we need.

“Today’s coup attempt at the capitol highlights that our nation is at a crossroads and both ways forward are on full display – the ugly reality of white supremacy, hate, and white nationalism versus a multiracial coalition of people working to restore the soul of America. There is no middle ground, and Joe Biden, Chuck Schumer, Nancy Pelosi, cannot “compromise,” “ negotiate,” or “come to the table” with the GOP tyrants who enabled today’s violent terrorism. If Democrats deliver bold solutions that create jobs, ensure justice, and heal a divided nation, this year could launch a new era of politics like FDR and the New Deal and Democrats will be rewarded for decades to come.”

We Have to Deliver Bold Solutions

With Democratic control of all three branches of government, we have the opportunity to push for transformative action this year to address the environmental, economic, and social rot and decay that got us here. The last week proved we need change and they owe it to us.

It was movement organizing that got control of the House and the Senate.

It was movement organizing that delivered a presidential win to Biden.

It will be movement organizing that now holds each of them accountable to the relief we need, the jobs that will save us, and the promises they’ve made.

The Demands Of The Green New Deal

So how do we make this happen? By doing what our movement is built to do, what we do best: take action to set the bar and pressure these politicians to keep their promises.

It’s a hard path forward. Our current system has failed us, has failed Indigenous communities, communities of color, young people, and more. But we have no choice but to fight to stop the climate crisis and transform this country.

In just the last 12 months, half our country was on fire, tornadoes ravaged through towns, and hurricanes slammed our coasts. Each moment that passes brings us closer to a point of no return.

Now, it’s up to our movement to unleash our people power to hold these representatives’ feet to the fire and force the change we need. Democrats have no more excuses. They won. We have to make them act like it.

On January 21st, the first full day of the Biden Administration, our generation will come together in a day of action from every corner of the country and demand that Biden’s White House and Members of Congress provide direct relief to the American people, enact sweeping democracy reform and roll out a historic jobs plan that will combat the climate crisis.

We’ll gather at Members of Congress offices, or at their homes, to make sure they hear our demands loud and clear. We will hold rallies and marches, take non-violent direct action and give our elected officials a wake up call. People power put Joe Biden in the White House and gave Democrats the edge in Congress. And now, people power is going to force our elected officials to make the change we need.

The Decade of the Green New Deal Starts Right Now