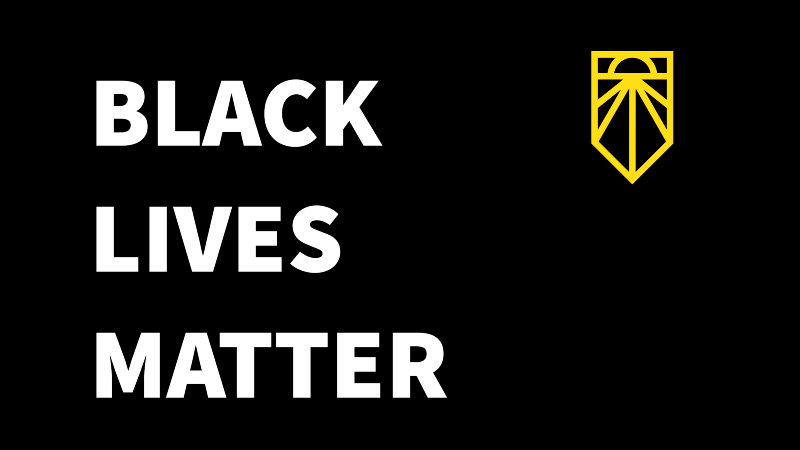 George Floyd was murdered. Ahmaud Arbery was murdered. Whether by cops or vigilantes, both had their lives tragically cut short by white supremacy, which dehumanized them in the eyes of their fellow Americans.

They are far from the only ones, even in recent weeks. Alongside millions of Americans, we have watched these events unfold with rage and sadness in our hearts. We side with protesters in Minneapolis and cities around the US in demanding justice for George Floyd, Ahmaud Arbery, and the countless others whose lives have been cut short by anti-Black racism and police violence.

The United States was built by African slaves on land stolen via Indigenous genocide. As a movement for climate justice, we know that it is necessary to dismantle the underlying systems of extraction, segregation, and racist inequality that have allowed for the exploitation of people and the environment they live in. We cannot achieve climate justice without moving away from police and prisons. Prison labor is only the newest form of racially inflected slave labor in America, with the police as the most recent arm of enforcement. Without racial healing and reparations, there cannot be climate justice.

I want to get personal here for a moment, because, as a Black man who lives in the Twin Cities, these last few weeks have been very hard for me. As protests have unfolded following the murder of George Floyd and others spring up around the United States, I feel a pull to return to my roots in racial justice organizing.

Before my involvement with Sunrise, I didn’t identify with the climate movement. I have always seen the climate movement as too white, too middle-class, and often more concerned with trees and polar bears than with the human destruction climate change wreaks disproportionately upon Black and Brown communities around the world.

We see the climate crisis unfold at the border every day, as immigrants from countries driven into famine and drought by climate change come here, seeking a better life, and instead are locked in cages. And we see far too many climate movements remain silently complicit in white supremacy.

This has to change.

Sunrise Movement is committed to the fight against racism in all its forms and encourages other groups in the climate and environmental movement to join us in speaking out. Now is not the time to stay on the sidelines.

We know many people are hurting, numb, angry, scared, and confused right now. We see you and we are with you. We also hope this is a moment for people of all races, and especially white folks who have the most responsibility for upholding white supremacist systems, to speak out, come together, and commit to ending racism, which will be a lifelong fight.

As individuals, we are showing up for protests and actions organized by those leading the fight for justice for George Floyd and others either killed by police violence or stolen away by mass incarceration (Sunrise Principle 10: we stand with other movements for change).

We must all also educate ourselves and take steps to address the ways in which we have internalized white supremacy — particularly those of us who are white.

Also as individuals, we also give what we can (from Principle 6), in terms of both money and time. Here are some of the Black-led groups that need our support:

As a collective, we demand a new chapter in this country. As climate activists, we imagine a world that looks nothing like our own, one where we have stopped climate change by transforming our whole economy. If we believe we can win a Green New Deal in our lifetimes, we can also envision a world without racism and white supremacy in our lifetimes, and commit to making it happen.

Much as we support defunding fossil fuel companies to invest in the future of humanity, we must also support the defunding of white supremacist institutions — including the police and prison-industrial complex — to invest in healing and reparations for Black communities. That is what it means to fight for racial justice, and nothing less.