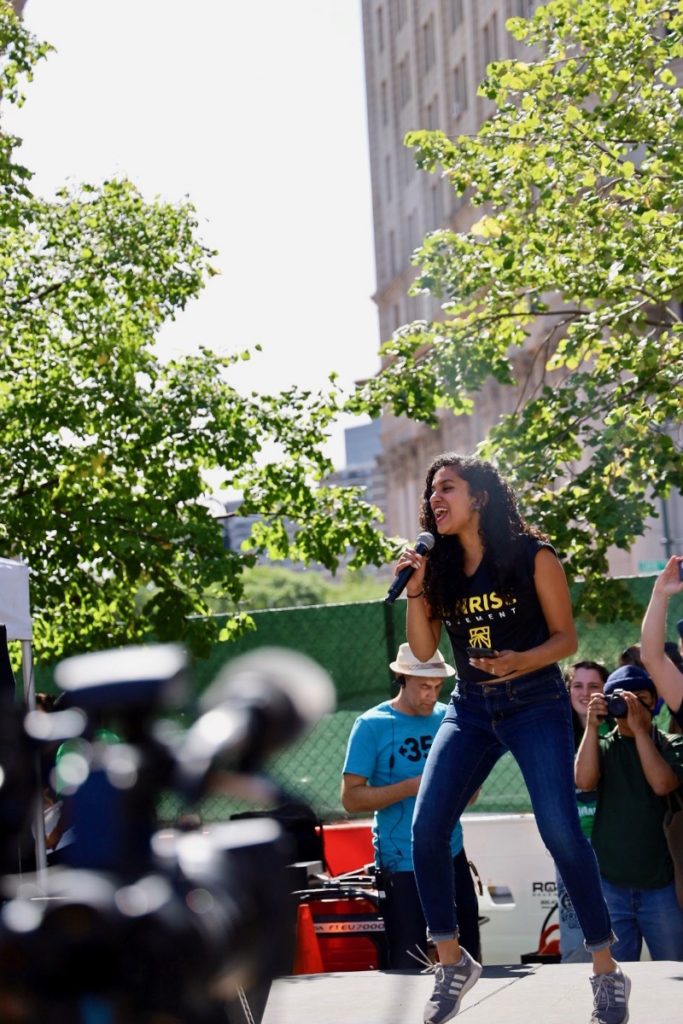 When I first learned about the climate crisis as a kid I would lie awake late into the night heart pounding, imagining what it would mean for me and people who looked like me around the world. I couldn’t get the images out of my head: of what people would do to each other when they were faced with no food, water, cages and guns when they sought sanctuary in other countries. I felt alone, small, powerless.

I know that is the story of so many young people around the country and world going out on strike today. We’ve grown up seeing our political system failing us.

For twice as long as I’ve been alive on this planet we have known about the crisis. And for just as long, the wealthy and powerful have profited off pollution, lied to millions of people about the science, they’ve choked our democracy with their dollars and stolen our futures.

Today kids don’t have to feel small and alone and powerless, they can know they are part of the most important movement that’s shaking our world from its roots right now.

Striking is how we can stop the worst of climate change and win a Green New Deal.

That’s why Sunrise will be supporting and building the strike movement alongside our friends with organizations like Fridays for Future, Zero Hour, and the Future Coalition as our #1 priority for the next year and a half. We are going all-in on strikes!

As big as we are, it is still only a fraction of what we need.

We can do it. We’ve been here before as a people. In 1970 on the first Earth Day — 20 mil in the streets, at the height of the civil rights movement 10s of thousands of brave people who risked arrest and their lives to secure freedom for all.

So I want you to imagine. Striking not just for one day, but day after day. Marching, demonstrating incessantly. Even shutting our cities and schools down to halt business as usual if we don’t get what we came for.

Today is a glorious start. Tomorrow — the fight continues.