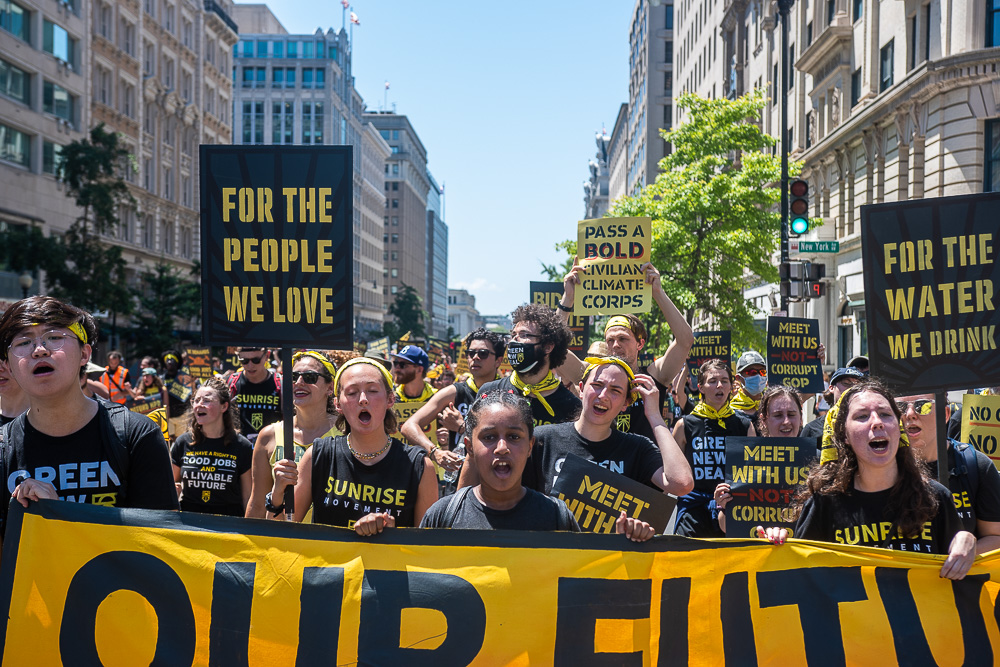 Wildfires are raging in the American west. There’s another triple digit heat wave headed for the Pacific Northwest, as communities across the Gulf South and East Coast prepare for a record breaking hurricane season. Climate change is here, and we need a Green New Deal to address this crisis, create millions of good paying, union jobs and advance racial and economic justice.

President Biden and Democrats in Congress are putting together an infrastructure package that could signify the beginning of the decade of the Green New Deal — but only if they pass policy at the scale this crisis demands.

During the presidential campaign, Sen. Bernie Sanders proposed spending $16 trillion over the next ten years investing in solutions to the climate crisis. Now, the biggest, boldest proposal in Congress would spend a total of about $4 trillion over the same period. We know this infrastructure package isn’t everything we need.

But still, this package would represent the biggest-ever investment to combat climate change, and the biggest public investment towards supporting working people since the New Deal. It will create good jobs, start to address the climate crisis and begin to transition the economy from one of destruction and despair to one of care and compassion. It’s our chance to show people that the government can make their lives better and that when we organize, we can win the change we deserve. We’ll build on this foundation in the years to come and bridge the gap between what’s on the table and what we know this crisis demands.

But right now, this legislation is at risk. We know that the fossil fuel industry is lobbying Members of Congress — on both sides of the aisle — and pushing for a smaller, weaker bill that will let them continue polluting frontline communities, warming our climate, and locking us into decades more fossil fuel development. The scary part is that it’s already working; Democratic Chair of the Senate Energy & Natural Resources committee Joe Manchin has said that fossil fuels should be part of any “clean” energy policy, and Democratic Sen. Kyrsten Sinema said that she wouldn’t vote for the infrastructure package as is, threatening its chance of passing unless it gets even smaller.

We need to fight back, and stiffen the spines of Democrats in Congress to hold the line. We can’t let Exxon and their lobbyists attack our priorities and take them out of the legislative package.

We are fighting for Biden and Congress to pass an infrastructure package that will combat climate change, create millions of good jobs, advance racial and economic justice, and usher in the decade of the Green New Deal. This must include:

Worker protections as outlined in the PRO Act

At least 40% of investments to frontline communities

An end to fossil fuel subsidies