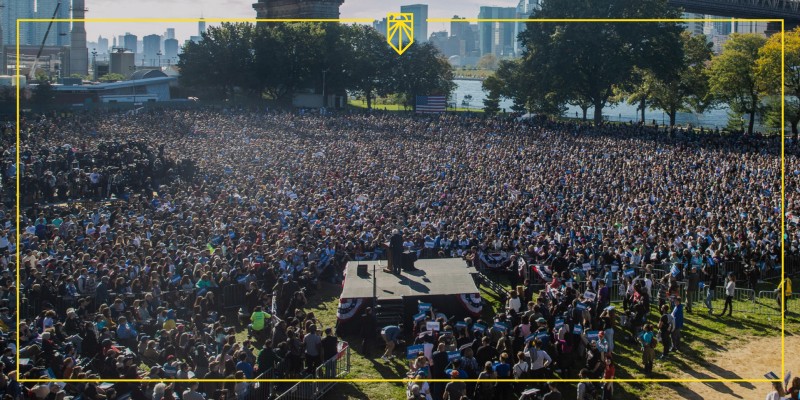 Bernie’s Out: Where we go from here

If you haven’t heard the news yet, it’s official: Bernie Sanders has suspended his campaign for President.

So many of us are feeling the heartbreak that accompanies those words, a pain compounded by the fear and uncertainty we are already experiencing over the COVID-19 pandemic. It’s a lot to hold right now.

A lot of us had so much faith in Bernie’s campaign and have poured hours into supporting his movement. Many of us were drawn to Sunrise because of Bernie. In 2016, he asked for a political revolution, and our generation became political revolutionaries. He structured his campaign as a movement, so we followed that example to create movements of our own.

Sunrise Movement, Dream Defenders, United We Dream, Movimiento Cosecha, March for Our Lives — our generation felt the urgency of this moment and rose to it. That’s why we feel such pain now.

Sanders is more than a presidential candidate. He is an honest communicator about the crises we face and the solutions within reach. He is a mobilizer that works alongside movements like ours, not against them. He is a social revolutionary, advocating for the right to a livable present and future. Like us, he turned ideas once considered politically impossible into the politically inevitable.

To lose him as a champion is a blow. But this was always bigger than Bernie. Movements didn’t start with Bernie. I came to Sunrise from my background at Black Lives Matter and some of our movement elders and mentors got their start in Occupy. Movements have always been a powerful force for good, because they build relationships, community, and power for the long haul.

Sunrise gives us a strong anchor, but so many of our friends right now are crushed by despair and hopelessness. It is up to us to bring them into our community, to share our sense of purpose and our love with as many other young people as we can.

That’s what Bernie means when he says, “Not me. Us.” The end of Bernie’s presidential campaign is not the end of a movement. Our strength has always resided in our people.

Tonight, we are hosting a mass call — one different from anything we’ve ever done before. We have to set the example for our friends, for our generation. Join us, Bernie’s National Field Director Becca Rast and Sunrise ED Varshini Prakash tonight at 8pm EDT / 5pm PDT and invite everyone you know who is hurting and looking for the answer to the question: Where do we go from here?

Together, we can lift each other up. Together we can win.

Register for the call here: http://smvmt.org/notmeus