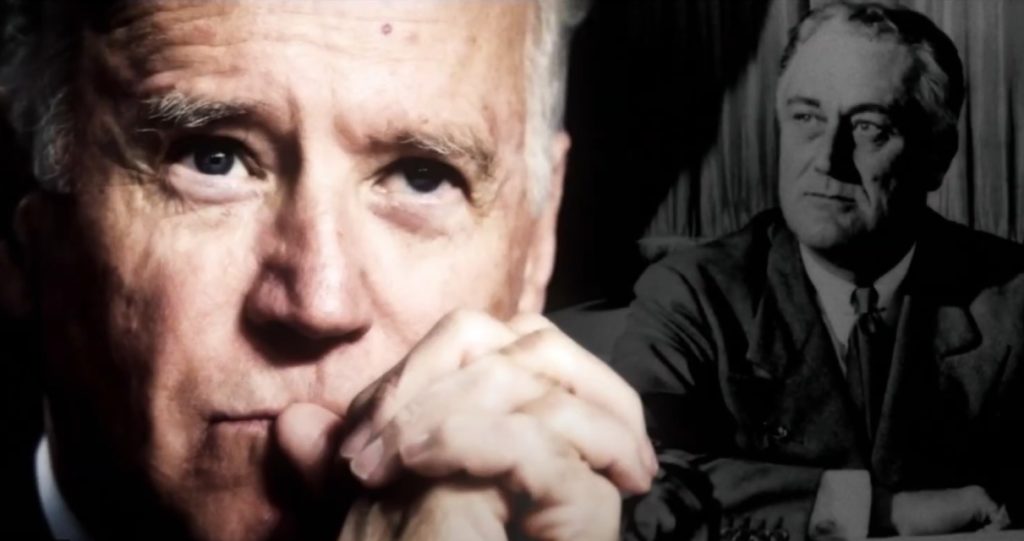 As I watched the inauguration, I was struck by the deeply conflicting emotions I have surrounding this day. The Trump presidency has been a nightmare to so many, but the fact is we still face massive crises in every direction.

I know I’m not alone in those feelings of conflict. We stand at a crossroads, an intersection of many paths forward for America, and it’s up to us to determine which path we take. Yes, it’s true that ahead of us are terrifying crises of state and humanity like COVID, inequality, political division and climate change, but the roads to prosperity have never been closer.

One path ahead of us you’re going to hear about is a “return to normal”. But “normal” was already failing. Even had we contained the COVID pandemic, treatment would have destroyed the pocketbooks of those who got sick as surely as cancer does every day. The Paris Accords did not put us on track to avert cascading climate change. And Republicans have been working to hold onto minority rule through voter suppression and gerrymandering, bolstered by unjust systems of representation like the Electoral College.

Refusing to acknowledge the abject failure of our current reality led the ascendant Obama administration to lose control of both Houses of Congress and over half of the Democratically held state legislatures. We can’t afford to repeat those mistakes again.

There’s another path ahead of us, and it’s the one FDR seized when he was elected in 1932: the path of bold leadership, of mobilizing the resources of the federal government to feed, protect, house and employ everyone in America. FDR went on to be elected four times in a row, and the coalition lasted until the racist backlash following the Civil Rights Movement.

For decades, Democrats have chosen the former path, and it’s destroyed the lives of everyday families. They won’t embrace the Rooseveltian vision of the Green New Deal without some pushing. That’s where we come in.

Our role in 2021 will be very different in some ways, because so many of the goals we have been training and organizing for are now attainable.

When we launched we had two priorities: make climate change the top issue in American politics and build the movement to make our demands for millions of good jobs to stop the climate crisis impossible to ignore.

And we were successful! Over several years, we built almost 500 local hubs who organized protests, phonebanked for local candidates, and saw the first ever presidential debates seriously address climate change. We defended the co-authors of the Green New Deal (Markey and AOC) and other champions from primaries, and added new members to their ranks.

But now, we have a new priority: make real the promise of a country that cares for its people by making our voices and our demands impossible to ignore. Because forging the new path forward will not be a walk in the park, it will be a climb to the mountaintop.

In this moment, we will hear calls for unity and healing. But know this — there is no unity without delivering real action on the crises that impact all Americans. And there is no healing without accountability for the harms that have been done, not just in the last four years, but over the last four hundred.

The armed, violent insurrectionists that staged the attempted coup on Jan 6 were aided, abetted, and incited by the Republican Party’s efforts to undermine the election and prioritize power over all else. We won’t win a better democracy through bipartisan compromise with power holders who answer only to the call of billionaire donors and the white supremacy that keeps them in power. The Republican Party has shown how far they will go to perpetuate white supremacist fearmongering, which escalated to direct violence in the attempted coup last week. Their goal is government distrust and failure, so that Democrats lose in 2022 and 2024 and they can further entrench their permanent minority rule.

They don’t want climate action; they’re still denying humanity’s role or peddling lies about the market and innovation taking care of everything, when they’re not flat out denying the existence of climate change. All to appease Big Oil CEOs who pad their pockets.

What good is there in compromising with those who want to return to the America of the 1850s Confederacy or the 1950s civil rights opposition? Or who are content to watch the earth burn?

We’ll win the democracy of our dreams, not by compromising with Confederates, but by amping up the pressure on the hesitant links in the Democratic Party: the deciding votes in the Senate and the House, and the President.

Democrats have no more excuses. No Republican Senate blocking them, no Trump White House. The time for excuses is over. Now is the time for Democrats to deliver, and it’s on us to make them.

There’s nobody else coming. We can’t pass this off to the next generation, as prior generations did to us. It’s on us to act, now, to fight for the future we believe in. We must be the ones we’ve been waiting for.

We know the consequences if we fail: more of the same, more disillusionment in government, all while the building climate crisis demands more and more government action, and future Republican majorities that empower even more obstructionism and denial.

We’ve been through our darkest hours, the last four years of the Trump administration. Now, it’s time for the sun to rise.

We Are Kicking Off the Decade of the Green New Deal

Trump is out, and Biden is in! Democrats control the House and the Senate! The stage is set: In the next few months, we have our best chance to start making the Green New Deal a reality. Join us to celebrate and envision what the path forward could look like: What we need to see Biden and Congress do in these first 100 days, and the role our movement needs to play in making that happen.