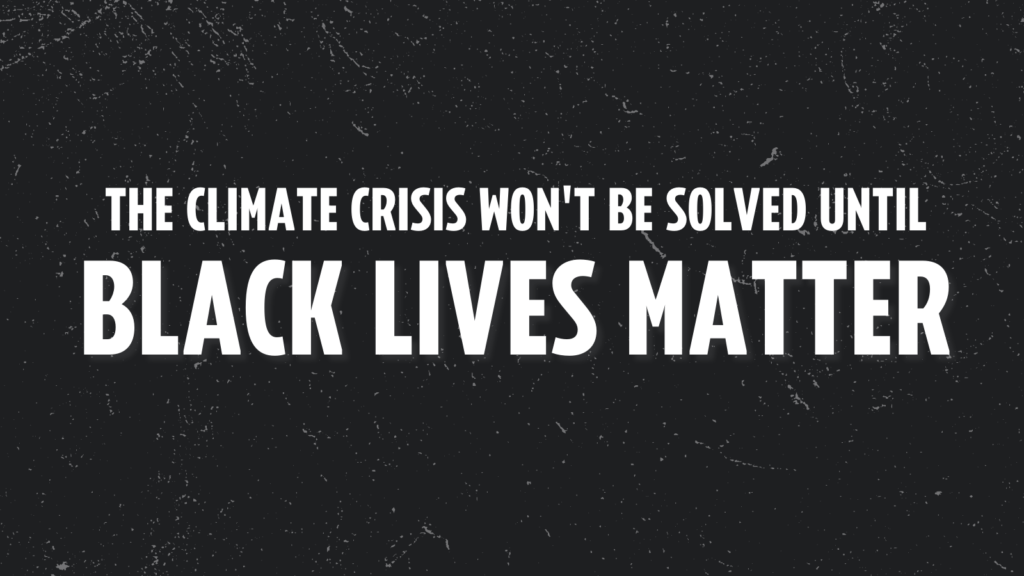 I always understood the climate crisis was an existential threat to humanity, but never thought of it as deeply personal to my Black lived experience until I was a teenager. My mother, newly divorced, now had to support a family of three, working a job that paid less than $30k a year. While she did the best she could, there were some things that couldn’t be fixed. Our summers in Las Vegas, one of the fastest warming cities in the country, were brutal. In our thirty year old home, we faced sweltering, deadly heat because we couldn’t afford to fix our air conditioning. Nights were rough — we almost never had a full night’s sleep because our bodies couldn’t cool down. I remember being in constant fear for my mom during the summer because she had high blood pressure and was at risk for suffering a heat stroke.

We got scrappy and saved enough money to fix our family’s air conditioning unit a few years later, but we couldn’t fix every environmental injustice we faced. Around the same time, my grandmother, my family’s loving matriarch, a proud African woman, was exposed to deadly toxic air, and died of carbon monoxide poisoning in rural Ethiopia. I remember feeling so frustrated, mad and powerless, knowing my family faced traumas, fears, and stresses caused by economic inequality and environmental injustice. We couldn’t fix these issues on our own; they were caused by powerful multinational corporations that didn’t care about families and communities like mine, only their stock portfolios.

The inequities I experienced are far from unique. Black lives — lives like mine —  face the intersection of so many injustices and inequities in America, and the climate crisis is no exception. As our communities are on the frontlines of climate catastrophes, or being treated as toxic waste dumps for fossil fuel corporations, wealthy white neighborhoods continue to be unscathed by the worsening impacts of climate change. We are facing sustained violence and negligence, while people in power and corporations continue to exacerbate our pain with no repercussions. Simply put, our “normal” is living the daily impacts of a worsening climate crisis. But it doesn’t have to be this way. We can solve the climate crisis, but only when Black lives matter and are treated with the dignity and equity we deserve.

Black lives — lives like mine —  face the intersection of so many injustices and inequities in America, and the climate crisis is no exception.

Our government, local and federal, can and must stop the suffering they’ve caused us. Instead of refusing to pass legislation that meets the moment of the climate crisis and cowering to fossil fuel interests, our government can pass bold climate legislation dedicated to climate justice like retrofitting our homes, or stopping oil and gas leasing that’s polluting our communities. They can dedicate resources and funding to actually doing the work we already do for free everytime we’re forced to rebuild from a climate catastrophe. President Biden can fulfill his promise of banning new drilling on public lands right now with a stroke of his pen. And elected officials can pass legislation that will justly transition our communities to renewable energy so we can have clean jobs so our homes and bodies won’t be abused by fossil fuel corporations.

While we wait for our government to deliver boldly on climate, and as we come to the end of Black history month, what gives me hope is that we’re still fighting the good fight on the ground, everyday. We’re showing up, fighting for our communities, while using civil rights era tactics to make equity a reality. Organizations like Rise St. James, Movement for Black Lives, and countless others are organizing, agitating, and mobilizing right now, fighting for environmental justice. Black organizers within organizations like Sunrise Movement continue to fight for Black liberation and environmental justice both in their communities and on the national level, because they fundamentally understand that what we really need is not just climate action, but climate justice.

This country, my country, still has to deliver on the promise for justice and equity for me and my people. But let’s be clear: we cannot solve the climate crisis until Black lives matter, and no community is disposable. It’s time for our government to deliver on the promises they’ve made for decades to us by delivering justice and equality for Black lives.