Sunrisers are marching over 600 miles across the Gulf South and California to win a robust Civilian Climate Corps.

The Sunrise Movement is getting into motion for our Good Jobs for All Campaign: Our members are marching 400 miles from New Orleans to Houston in the Gulf South and 266 miles from Paradise to San Francisco in California. The paths and stories are different, but the heart of each march beats the same. In May and June, members of the Gulf South and California hubs will march across the country, meet community members most impacted by the climate crisis, host visioning sessions about the Green New Deal future, and tell the stories of young people fighting to live right now through continuous climate and pollution disasters. We’re marching to demonstrate the urgency of the climate and economic crisis, and the need for Congress and Biden to pass an ambitious Civilian Climate Corps as a part of the American Jobs Plan by the end of Summer 2021 as an immediate and first-step solution. 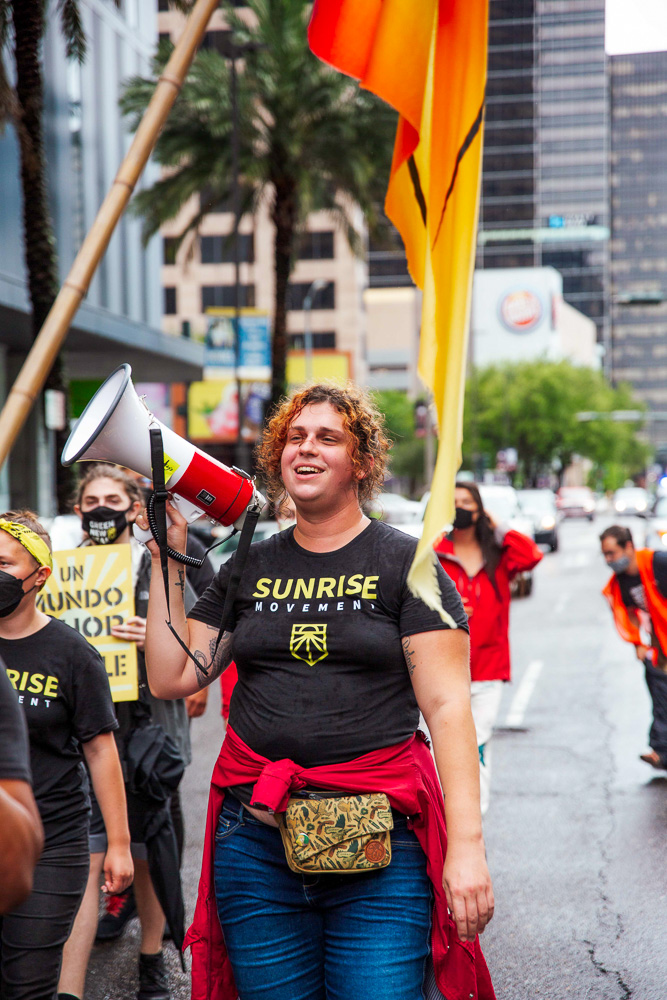 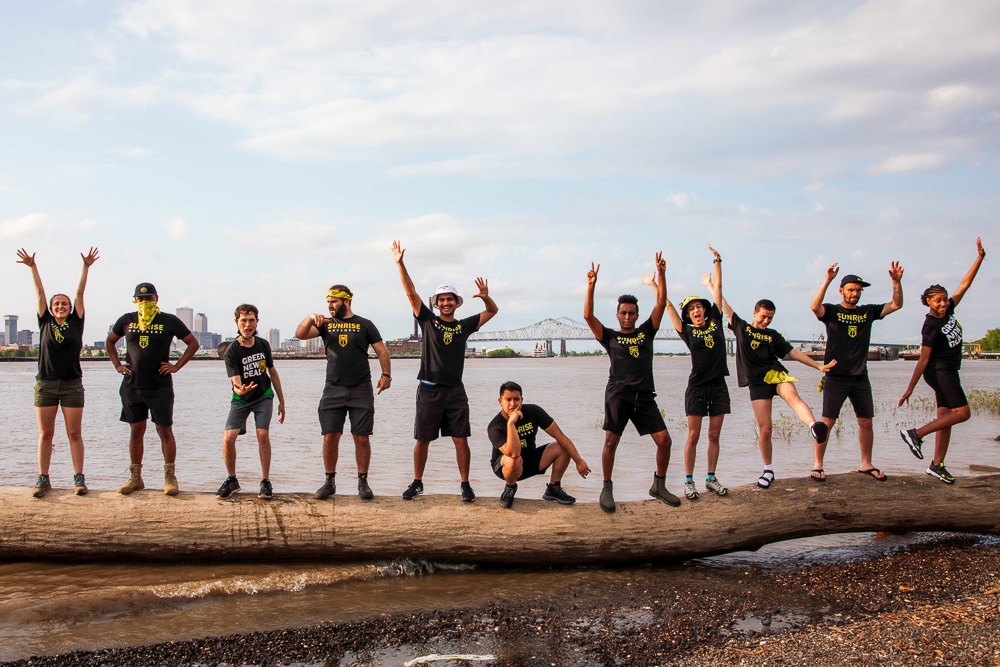 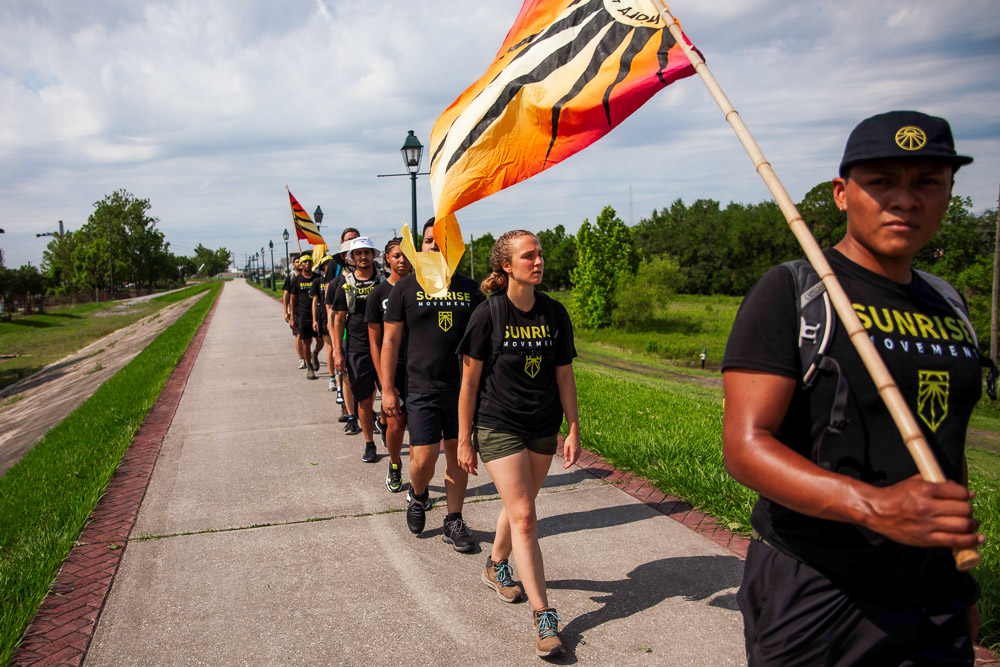 We’ll take action with other young people to make a real change supporting the marchers and passing a CCC that meets the needs of our communities.

Other ways to participate: 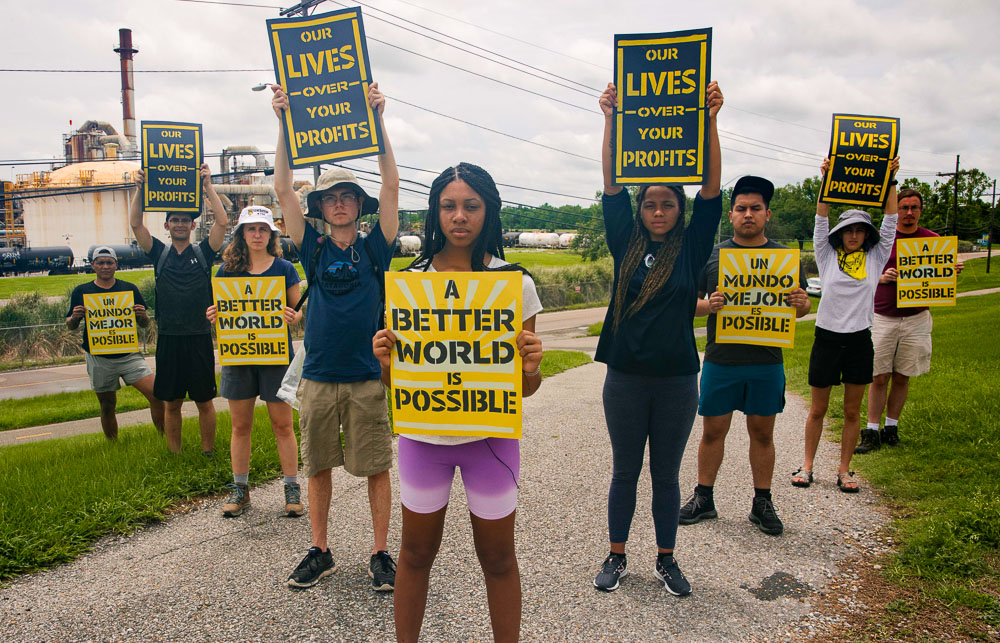 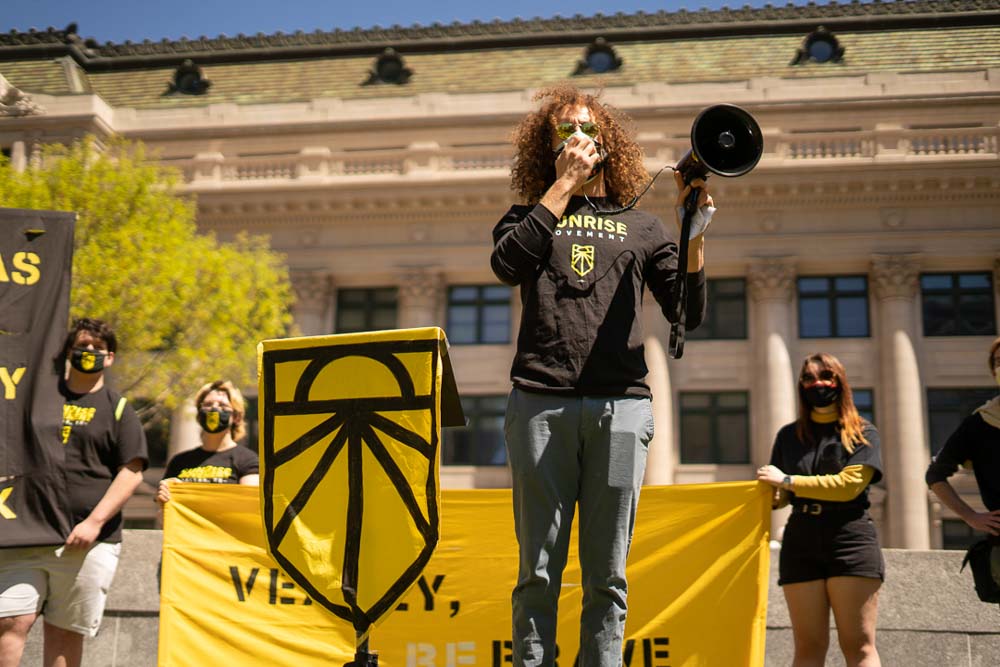 Host a GND Teach In 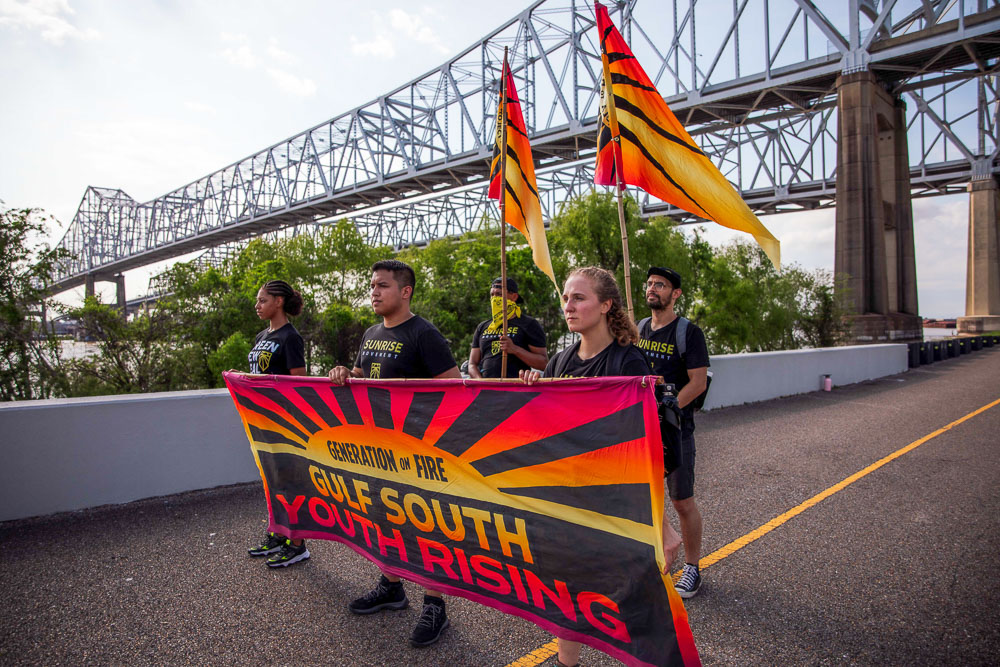 Donate to the Marches

We Are Marching for the Civilian Climate Corps

The Civilian Climate Corps is a vision of a federal jobs program (modeled after the New Deal era Civilian Conservation Corps) that will put our generation to work combatting the climate crisis with equity and equality, and scaled to the size of the emergency.

We need a robust Civilian Climate Corps to provide good jobs to address the climate emergency with justice and start the Decade of the Green New Deal for the Gulf South, California, and the rest of our country.The CCC will be the first piece laid in our vision of a Green New Deal, the start of the decade-long project to build the country with justice, with jobs, and to fight the climate crisis. The CCC passed will set a precedent for the rest of the GND programs to come in future legislation.

Our demands for a Civilian Climate Corps:

More event dates are being finalized, but here’s a brief overview of some of the things in store! 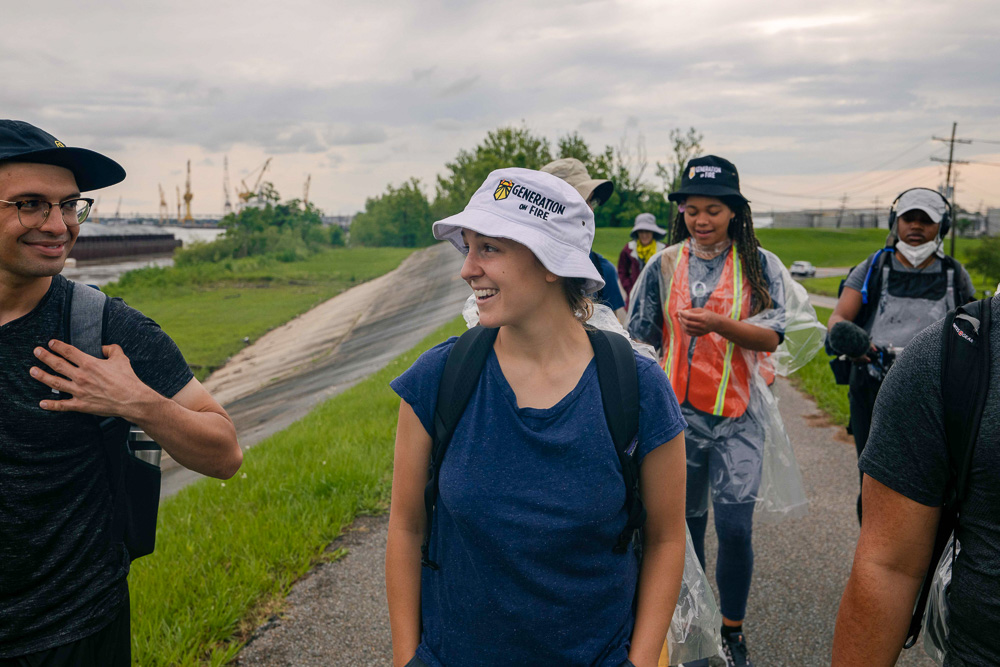 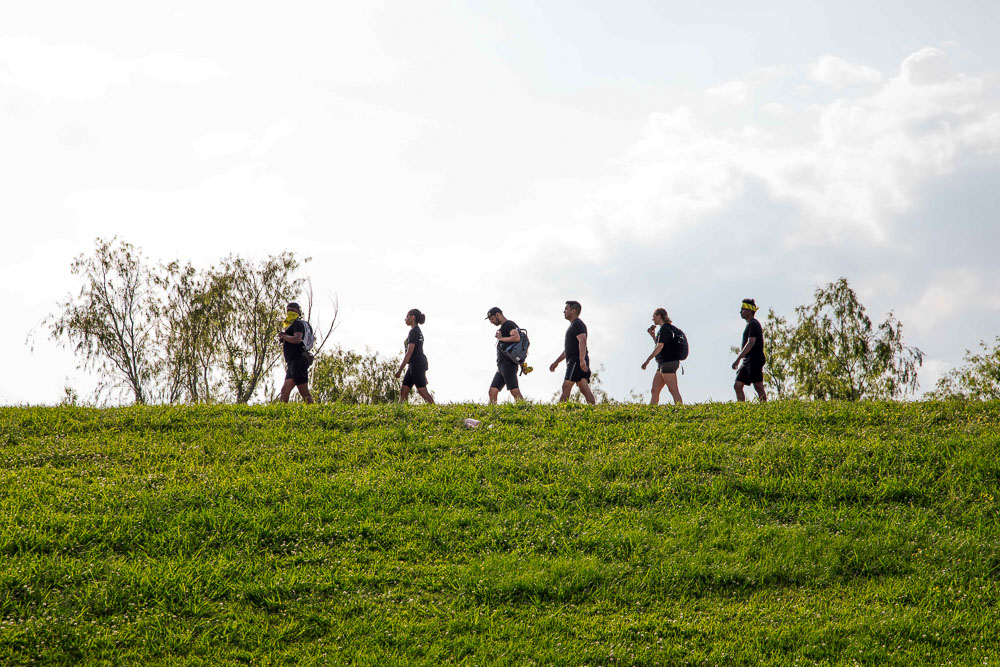 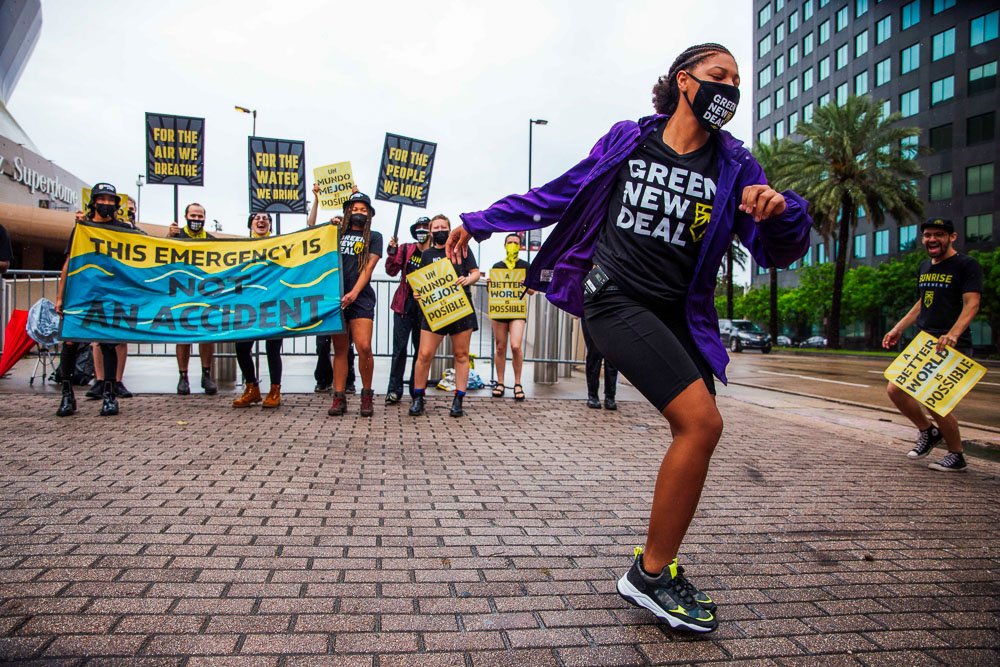 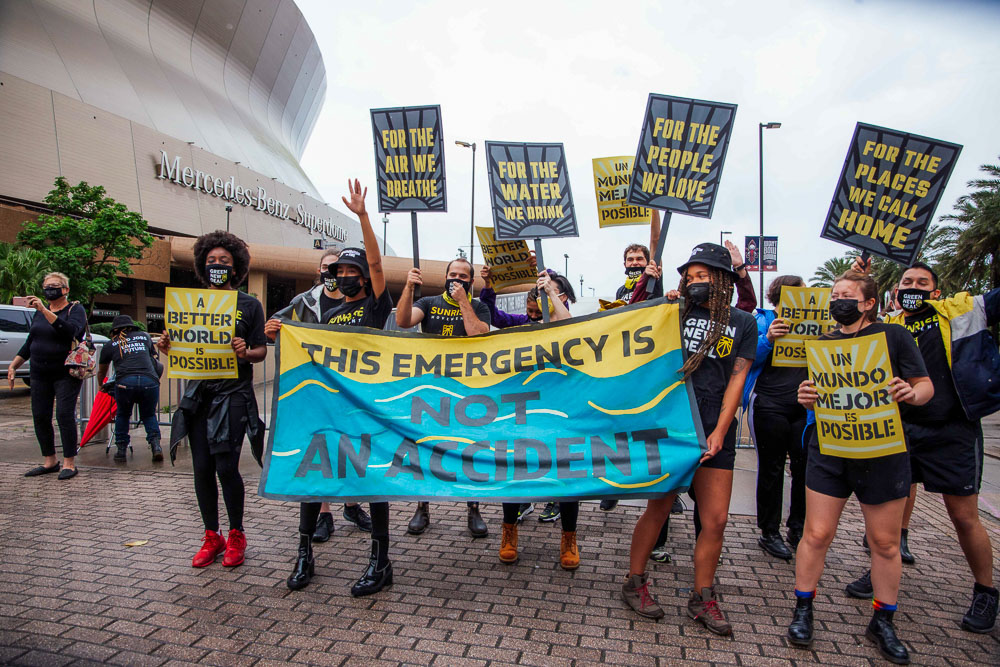 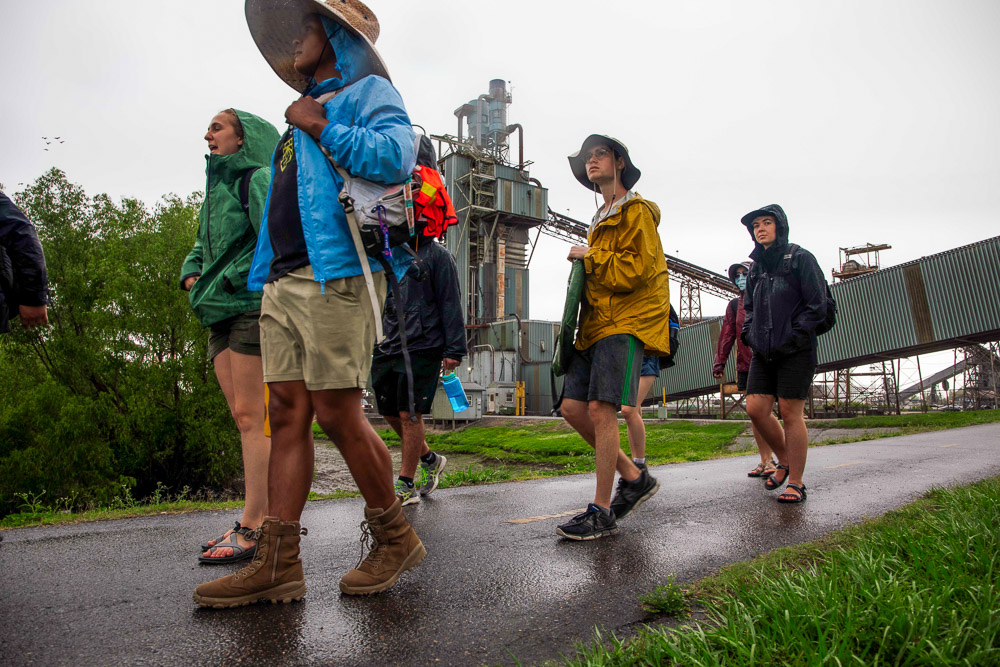 Donate to Help Us and Our Partners!

Donate
Who We Are What We Want How To Join